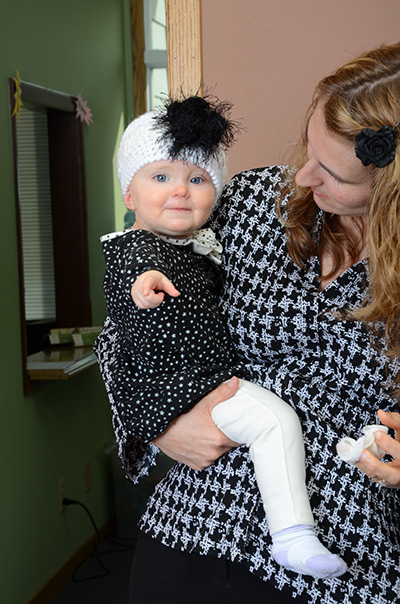 You need to be adjusted!

What Is Chiropractic and What can it do for Me?
The term chiropractic comes from two Greek words; chiro, meaning “hand” and practic, meaning “practice or operation”. Chiropractic looks at the spine, home to the entire nervous system of our body, as the source of optimum health. It is a painless, drug free alternative that helps to alleviate pain: and over the long term this assists the body in building and maintaining optimum health. Rather than treating symptoms only, it helps your body to heal itself.

Who Can Chiropractic Care Benefit?
• If you have one or more health conditions that won’t go away.
• If you have chronic pain.
• If you have a sports injury, or if you want to help your body perform at its best at all times.
• If you have visited doctors, or even alternative practitioners, but the results were not what you expected or hoped for.
• If your health conditions are interfering with your life, maybe your career, family, or even your finances.
• The entire family! Due to our harsh environment and even the strain of childbirth itself, even the youngest members of the family can benefit from regular chiropractic adjustments.

How Does Chiropractic Care Work?
Chiropractic care works by treating subluxations. A subluxation is an area, where due to the spine being out of its proper alignment, that is putting additional pressure on a nerve which means it cannot transmit its messages out to the body at top efficiency. In fact, even pressure equal to the weight of a dime sitting on your finger can prevent a nerve working at its best! When the spine is aligned properly, nerves are free to communicate to the entire body and this can mean less pain, better overall function of your joints, muscles, and organs.

By getting regular adjustments and keeping the spine properly aligned you are also training or, in the case of long-term damage, retraining your muscles to help hold your spine in correct alignment. When the spine has been out of alignment, muscles can try to compensate for the misalignment. Over time this can result in more muscles and joint pain. Worse yet, it can lead to other long-term issues.

How Long Before Chiropractic Starts to Work?
Good news! Because chiropractic is a natural way of putting your spine back into it’s proper alignment and removing subluxations, you may see relief from your very first visit. It is not uncommon for people to begin chiropractic to assist with healing a specific problem like reducing back pain only to find that they feel better right away and over time with less or no pain, they can move better, and feel better all over.

How Can I Get Started?
It’s easy! Call Okemos Chiropractic Health Clinic (517.347.2222) today and we’ll set up an appointment with you to perform your visit with Dr. Sarah. She will do and overall exam and evaluation and provide you with a plan for helping you get started on your way to discovering how great optimum health can feel.

Children and Chiropractic
Every parent wants the best for their children, and when it comes to health care the choices can be confusing. Just like adults, children can benefit from the effects that chiropractic adjustments can offer. For more details on what chiropractic can do for your child visit this site: www.icpa4kids.org

A Brief History of Chiropractic
To look at the entire history of chiropractic you can go all the way back to the ancient writings of Hippocrates who stated in one document: “Get knowledge of the spine, for this is the requisite for many diseases.” Herodotus, a contemporary of Hippocrates, is known to have developed exercises to assist people with problems that he believed stemmed from issues with the spine. He would even manipulate the spines of patients that were unable to perform the exercises themselves. He was so successful that people came from all around to seek out his help. Of course he also gained attention and criticism from some of his peers for being ‘too successful.’ Aristotle complained of Herodotus’ ‘tonic-free’ approach siting that, “he made old men young and thus prolonged their lives too greatly.”

The most noted and perhaps official start of what we know as chiropractic care today was developed by D.D. Palmer, a native of Ontario Canada, who eventually landed in Burlington, Iowa so that he could study under Paul Caster who had been using magnetic therapy to help his patients. After two years of work with Caster, Palmer set up shop in Davenport where he opened the Palmer Cure & Infirmary. It was here in 1895 that he met Harvey Lillard. Lillard, a janitor at the facility, suffered from deafness that occurred after he had bent over and heard what he described as a pop in his back. Palmer was convinced that the pop in Lillard’s back was directly related to his sudden hearing loss. Palmer could feel a particular vertebrae in Lillard’s spine was not in its proper place. Palmer wrote the following.... “I reasoned that if that vertebra was replaced, the man’s hearing should be restored,” .... "With this object in view, a half hour’s talk persuaded Mr. Lillard to allow me to replace it. I racked it into position by using the spinous process as a lever, and soon the man could hear as before.”

News of this incredible occurrence spread quickly and soon Palmer was assisting people with conditions from headaches, to flu, sciatica, stomach problems, and much more. He provided a great deal of relief and assistance to many people and continued his study of how the spine affects the health of the entire body. It was Palmer himself who developed the term Chiropractic to help describe how he manipulated the spine and provided support and care to the spine.

As with the early work of Herodotus, the success of Palmer, although well documented and backed by his own studies and research of the nervous system, brought a great deal of criticism from medical doctors who believed symptoms should be treated with drugs. A public debate of chiropractic ensued until, in 1905, the medical establishment filed and won a case against Palmer for ‘practicing medicine without a license.

However, the growing number of success stories from people undergoing Chiropractic care, backed by research continued to show that chiropractic really worked. Between 1906 and 1913 Palmer published two books about his research, The Science of Chiropractic and The Chiropractors Adjuster.

Palmer’s son Bartlett Joshua graduated from the Palmer school in 1902. Along with his wife Mabel, also a graduate of the school, they continued his father’s work. They were instrumental in getting chiropractic recognized as it’s own licensed profession by developing chiropractic into a clearly defined and unique health care system.

Today, chiropractic is widely recognized, even among many medical doctors, as being one of many alternatives to drug therapy that work on it’s own, or in conjunction with other things to help patients achieve their optimum health.

Here at the Okemos Chiropractic Health Clinic we also work in conjunction with doctors, in addition we also offer NRT, a nutritional therapy, and therapeutic massage to help you get the most benefit out of every visit.